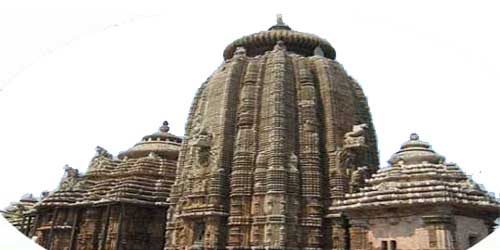 Ananta Basudev Temple is a Hindu temple in Bhubaneswar, the state capital of Odisha, India, dedicated to Lord Krishna, an incarnation of Lord Vishnu. The temple was built in the thirteenth century, and it has the entire murtis of Krishna, Balarama, and Subhadra. Balarama stands beneath a seven-hooded serpent, while Subhadra holds a jewel pot and a lotus in her two hands, her left foot resting on another jewel pot, and Krishna wields a mace, chakra, lotus, and conch.

The temple was built during the time of King Bhanudeva during the reign of Chandrika Devi, the daughter of Anangabhima III. In the British Museum’s collection, there is a commemorative inscription that marks the temple’s establishment.

The original image of Vishnu appears to have been worshipped on the site where Ananta Basudev’s grand temple was erected in the 13th century A.D. Thus, in the 13th century, Queen Chandrika of the Eastern Ganga dynasty was inspired to build a new temple in this location, the temple of Ananta Basudev. This Vishnu figure has to have been erected in an ancient temple. At the late 17th century, the Marathas, who stretched their dominion up to the Mahanadi River, were responsible for restoring the Vishnu temple in Bhubaneswar.

Puri is distinct from Jagannath Temple.

Unlike the images of the Jagannath Temple in Puri, the idols discovered in the garbhagrha (sanctum sanctorum) of the temple have full construction. Unlike the Puri temple, the shrimurtis (idols) here are constructed of black granite stone rather than wood.

The city is known as Chakra kshetra (round location) only because of this temple, whereas Puri is known as Shankha kshetra (curved place).

1- Is it possible to order Mahaprasad online and have it delivered to our home?

Yes, Mahaprasad may be ordered online and delivered to your home at www.moaahar.com.

2: Is it possible for me to order PRASAD from SRI ANANTA BASUDEV MANDIR?

Yes, on moaahar.com, you can order PRASAD from SRI ANANTA BASUDEV MANDIR and have it delivered to your home.

3:Is it possible to order Mahaprasad through the internet?

1- Visit www.moaahar.com or get the app from the Google Play Store.

4: Can we order Mahaprasad online?

Mahaprasad is a web-based service that allows you to order Prasad from various temples in your area. After making an order on our website, Prasad will deliver to your door. You may also place an order over the phone.

YES, mo aahar.com is an organization that first purchases prasad  from various temples around you, then redistributes to its Devotees  who order

6: Which temple Prasad are distributed?

The prasad of all the temples that want to sell the prasad online .

7: Who can order online for Prasad?

8: Who can order Mahaprasad online?

People who are unable to come to the temple, such as old people, pregnant women, sick people.

9: When can I order Mahaprasad?

10:When can I order Mahaprasad?

on a normal day, The previous day from 2 p.m to the next day 11:30 am. but on a special Day give order before 9 am in the same day

12: Can I Place An Order For Getting Mahaprasad  By Phone Or Whatsapp Or Sms

13:Can i choose cash on delivery (cod)

YES, you can select cash on delivery (COD) facilities on normal days but on special Days select the advance payment option facilities.

14: when do I receive my prasad parcel?

On a Normal Day,

sri jagarnath temple(gadachandapur, puri)   prasad  will be delivered  from 12.00pm to 3.00pm

maa mahalaxmi/bimala mandir prasad  will be delivered  from 12.00pm to 3.00pm

NOTE : these special days delivery time will be increased