The word Mahaprasad OR Sri Jagannath Mandir Prasad refers to the 56 food dishes served to Lord Jagannath in the sacred Puri Temple in Odisha, India. The Bhog/Naivedya presented to him and afterward to Maa Bimala at the Grand Temple (Sri Mandir) is known as ‘Mahaprasad,’ and the leftovers of that Nivedana (after it was accepted by the God) are known as ‘Mahaprasad.’ Mahaprasad is also known as the well-known Chappan Bhog.

There are two varieties of Mahaprasad. Sankudi mahaprasad is one, while Sukhila mahaprasad is the other. Both versions are available for purchase in the Grand Temple’s Ananda Bazaar.

Sankudi MAHAPRASAD  Sri Jagannath Mandir Prasad contains rice, ghee rice, mixed rice, cumin seed, and asaphoetida-ginger rice combined with salt, as well as sweet dal, plain dal mixed with vegetables, several types of mixed curries, Saaga Bhaja’, Khatta, oatmeal, and other foods. All of these are ritualistically presented to the Lord. Every day, it is stated, 56 different varieties of Prasad are served to the Lord during devotion, all of which are produced in the temple kitchens and sold to worshippers in Ananda Bazaar by the Suaras who make the Prasad.

Nirmalya is widely interpreted as dry rice, i.e. rice that has dried out in the sun. Flowers, sandal paste, garlands, and other reverent offerings to the Lord, as well as the other holy deities seated on Ratnasinmhasan (throne) in the temple, are referred to as Nirmalya after they are removed from the deities, according to the Skanda Purana. As a result, Nirmalya refers to any of the divine accompaniments or components that are taken from the Lord and his divine partners.Lord Vishnu is said to have had a special affection for four sacred sanctuaries located in the four corners of the Indian subcontinent: Puri, Rameswar, Dwarika, and Badrinath. He bathes at Rameswaram, meditates in Badrinath, eats in Puri, and retires in Dwarika,

according to legend. As a result, the “Sri Jagannath Mandir Prasad menus ” (not merely prasad) served at Puri’s temple is considered to be of ultimate value. Lord Jagannath redeems the devotees, according to the “Skanda Purana,” by allowing them to partake of His Mahaprasad, enjoy His darshan, and adore Him via rites and gifts. Mahaprasad is referred to as ‘Anna Brahma’ in this context. The temple kitchen has enough capability to feed a lakh pilgrims in a single day.

Only clay pots and fire logs are used to prepare Mahaprasad. The steam-cooked food is first given to Lord Jagannath, then to Bimalaa Debi, and finally to Mahaprasad. People of all castes and creeds are welcome to partake in this Mahaprasad without prejudice. Cooked rice, dal, veggie curries, sweet dishes, and pastries are among the foods available. Sugar, gur, wheat flour, ghee, milk, and cheese (Chenna) are used to make dry confectioneries.

when steam cooked food is taken to the Lord in slings of earthen pots, no essence can be detected, but when the food is returned to the selling point (Anand Bazar) after being donated to the Lord, a delightful aroma travels along in the breeze, much to the delight of the devotees.

, vegetables, rice, and dal are served to Jagannath and his sibling deities at six various times throughout the day, beginning in the early morning. When presented through Sodasa (16) Upchars, the offerings are referred to as Dhupa, and when offered through pancha upacharas, they are referred to as Bhoga. [2] The noon Naivedhya is the most popular, as it has the most food items. The ingredients are placed in earthen jars and maintained on a wooden fire, rather than being cooked by humans. After some time has elapsed, the objects are removed from the fire and transported to the Sanctum sanctorum or Garbhagriha for offering by supakaras. After then, the naivedhya is presented to the siblings, who then offer it to Bimalaa, a kind of Shakti. The prasad is then renamed Mahaprasad, and people consume it.

During the period when the Sun is in the zodiac Dhanu, an extra naivedhya called Pahili Bhoga is offered before sunrise. Among the daily gifts to the Lord are:

the other four bhogs are served near the Ratnabedi inside the Phokaria frame, which is drawn by the Puja pandas using Muruj. The following things are included in Lord Jagannath’s Mahaprasad offerings:

This Puja is performed in 5 Upchars by Sevayats members. Puja Panda, Sudha Suar, Ballabh Jogania, Suar Badu, Gara Badu, and Palia Maha Suar are the sevayats who perform this rite. Ballabh Bhog is served with Pahali Bhog during the month of Dhanu Sankranti. On Dola Purnima and Snana Purnima days, the Ballav Bhog and Sakal Dhup are also consumed at the same time. Bhogs are provided beside Jay-door Vijay’s as Sarpamanohi during Anabasar, but not on ballav pindi.

Bhog, this is your first prepared supper. ‘Kotha bhoga’ or ‘Raja bhoga’ are other names for this bhoga [5]. On Ratnavedi, the Sevaks present this Bhoga with 16 Upchars. For this reason, the following things are given as Bhog.

Mandapa of Sri Jagannath Mandir Prasad menus of Bhoga (Supplementary to breakfast at 11.00 am)

The Bhogs are sold for a charge based on the demand of the devotees.

This is likewise done in 16 Upchars, same like the Sakal Dhup. [7] Only Madhyana Dhupa and Sandhya Dhupa are permitted for the Sakala Dhupa Sevayats. During this Puja, many varieties of delicious cakes are usually presented. The following are the Bhogs utilised for this purpose:

Sandhya Dhup Bhog is served after the evening Arati. Jaya Mangal Arati is another name for this Arati. Devotees can also request specific items. For this Sri Jagannath Mandir Prasad , the following elements are offered.

This is the deities’ last Bhog. [8] The timing has been set at 11.15 p.m., according to Srimandir’s rituals record. The Palia Puspalaks clothe the deities in silk gowns (Pata), flower garlands, and sing Gita Govinda before Dhup. Three members of the Puja Pandas sit at Ratnabedi’s side and conduct the Bhog with five Upchars. The following things are available for purchase.

Mahaprasad is prepared in a variety of ways.

Only earthen pots and wood fires are used to prepare Mahaprasad “The steam-cooked meal is first presented to Lord Jagannath, next to Goddess Bimala, and finally to Mahaprasad. Here, Mahaprasad is referred to as ‘Anna Bramha,’ a sign for our existence “on the Shree Jagannath Temple Administration’s website (SJTA).

Lord Jagannath, who is he?

What is Jagannath’s favourite dish to eat OR Sri Jagannath Mandir Prasad?

“Because poda pitha is Lord Jagannath’s favourite sweet dish,” he explained, “this is the food chosen to present the deities.” Preparations for the poda pitha begin on Hera Panchami and last till the bahuda yatra eve.

Is there Mahaprasad OR Sri Jagannath Mandir Prasad  in Puri?

No, you may have it at any time, but the fresh one is only available after 2 p.m. every day.

Can I Place An Order For Puri  Mahaprasad OR Sri Jagannath Mandir Prasad Online Order ?

ANS : No No  , We Can Not  Distribute MAHAPRASAD from PURI Jagannath  TEMPLE  , AS per law of puri jagarnath temple

I’m not sure what I should give Lord Jagannath.

To do Jagannath Puja at home, begin by coating the idol with sandalwood paste and then decorating it with flowers. Then bring sacrifices to the Lord, such as pushpanjali, incense, and ultimately a diya.

What is the scientific truth behind the Sri Jagannath Mandir Prasad cooking enigma at Puri’s Jagannath Temple?

When enjoying Mahaprasad, use a banana leaf.The Mahaprasada is given on a banana leaf, and devotees are advised to eat it while sitting on the floor, since the polyphenol in the dish seeps into the banana leaf, which helps to prevent illnesses. The banana leaf’s antibacterial qualities can destroy pathogens in the meal.

There are no reviews yet. 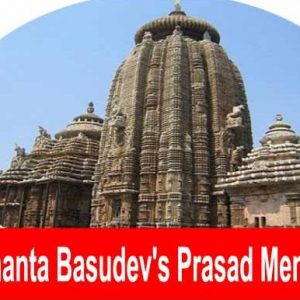 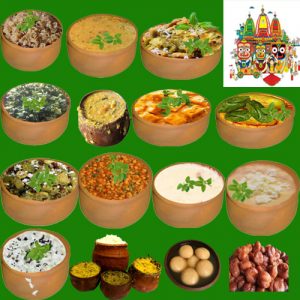 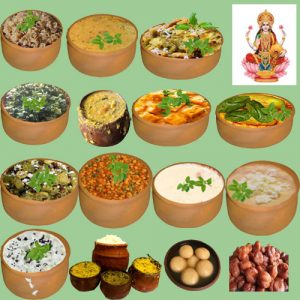